“Brazil and Turkey complement each other. On the one hand, a country rapidly expanding its textile production. On the other, a nation that can still grow its cotton-growing area in a sustainable way.” The statement by M Hanefi Oksuz, president of the largest Turkish textile company, Kipas Mensucat Isletmeleri AS, translates well the final balance of the Vendors Mission in Turkey, a commercial exchange organized by the Brazilian Cotton Growers Association (Abrapa) in early March.

After promoting an event for clients from Pakistan in Dubai, the mission had its second stage in Turkey. The delegation formed by cotton farmers and exporters visited eight of the largest spinning mills in the country, located in the cities of Gaziantep and Kahramanmaraş. In each of them, and in addition to round tables and technical visits, the Cotton Brazil Outlook 2022 event was also promoted.

Turkey has a strategic geographical position: it connects Europe to Asia – favoring the Turkish textile industry, which can transport its production overland to the main European markets. Cotton consumption by Turks has been growing by 3.3% per year since 2015/16, and imports have increased 4.4% annually since then.

The figures express the current trend, marked by new investments in industrial capacity. “We had a chance to see first-hand how much Turkey is preparing to further expand its textile production, and how much it is counting on Brazil to accomplish this”, says Abrapa’s president Júlio Cesar Busato.

Turkey has been a constant partner for Brazilian cotton growers. In the 2020/21 commercial year, the country imported approximately 280 thousand tons, up 38% from the previous cycle. The figure has placed Turkey as the fourth largest importer of Brazilian cotton, absorbing 12% of the country’s exports.

“We visited the heart of Turkish textile production and witnessed the daily routine of eight of the largest domestic industries. Such opportunity allowed us to exchange information and identify more clearly the demands of the Turkish buyer of Brazilian cotton”, said Marcelo Duarte Monteiro, Abrapa’s international relations director. 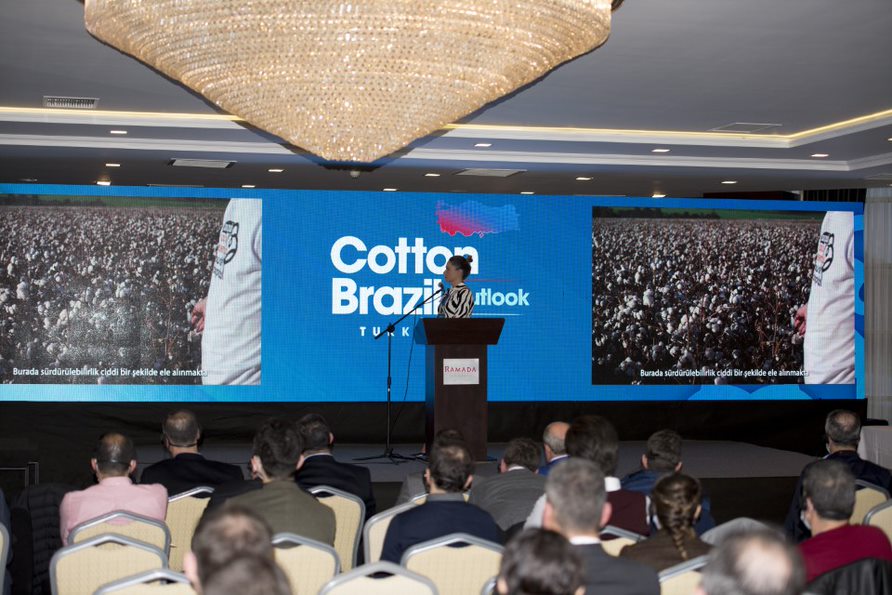 The Vendors Mission is a traditional Abrapa initiative that is now part of the Cotton Brazil program, developed by the association to increase the share of Brazilian cotton in global markets. The program is also based on a partnership with the Brazilian Trade and Investment Promotion Agency (Apex-Brasil) and the National Cotton Shippers Association (Anea).

During the technical visits to the spinning mills and throughout the events held in Turkey, Abrapa identified points for improvement and shared relevant information with Turkish business leaders. One of the highlights was the Brazilian traceability system, which allows buyers to access, via QR or bar codes, data on the product’s quality, sustainability and origin – bale by bale.

The Turkish businessmen were also positively receptive to data about the socio-environmental certification of the Brazilian cotton. “I like Brazilian cotton and I notice an improvement in the product every year. Moreover, the market demands sustainable cotton, and we saw that Brazil is the largest supplier of this type of cotton in the world,” said Burak Ohrhan, director of Karacasu Textil. 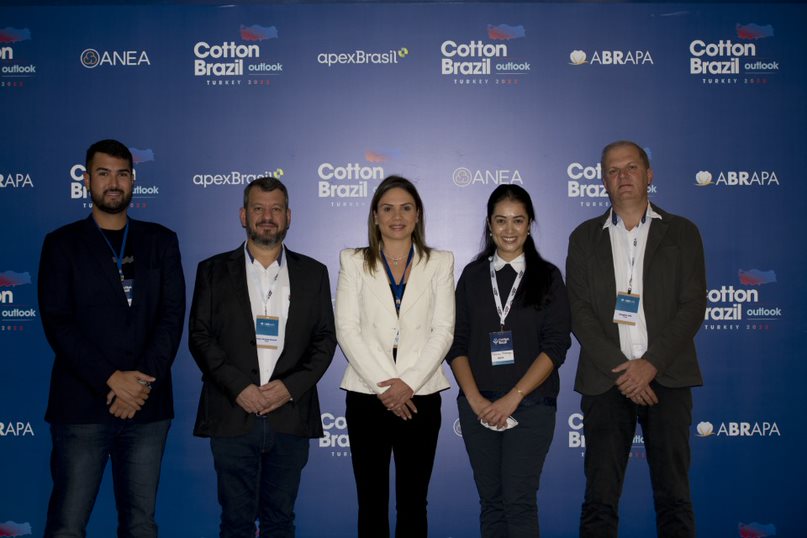 By 2021, 84% of Brazilian cotton was certified under Abrapa’s Responsible Brazilian Cotton (ABR) program. As ABR operates in benchmarking cooperation with the international Better Cotton program, Brazilian production has its sustainability practices recognized on a global level. Brazil is the world’s largest Better Cotton producer, accounting for 37% of the total volume of cotton produced under this standard worldwide.

This recognition is the result of the program’s seriousness and transparency. “Third-party, qualified and internationally recognized companies carry out the individual certification of each of the ABR properties”, explains Alessandra Zanotto, vice-president of the Bahia State Cotton Growers Association (Abapa).

Besides supplying quality products, Brazil delighted Turkish businessmen because it proved its capacity to continue increasing its production in a sustainable way. “We are the only country that still has the availability to expand production without having to open new areas, since most of our cotton is grown in the same area used for soybeans”, says Paulo Aguiar, president of the Mato Grosso State Cotton Growers Association (Ampa).

“We have outlined an agenda of priorities that will involve a joint effort from farmers, researchers, exporters and the government with the objective of making the necessary changes so that Brazilian cotton remains in the forefront of sustainability, quality and traceability”, pledges Busato.

With a domestic consumption level of approximately 740 thousand tons a year, Brazil is already the second largest world exporter of lint, having expanded its footprint in global trade by 130%. Currently, the country exports 23% of the cotton consumed in the world.